Have a question about our school?

Art of Problem Solving was founded by Richard Rusczyk in 2003 to create interactive educational opportunities for avid math students. Richard is the author or a co-author of 7 AoPS textbooks and a past Director of the USA Mathematical Talent Search. He was a participant in National MATHCOUNTS, a three-time participant in the Math Olympiad Summer Program, and a USA Mathematical Olympiad winner (1989). He received the World Federation of National Mathematics Competitions Paul Erdös Award in 2014. He graduated from Princeton University in 1993, and worked as a bond trader for D.E. Shaw & Company for four years. AoPS marks Richard's return to his vocation - educating motivated students.

In 2014, Glen founded a learning center in Morrisville, North Carolina, that two years later became the first AoPS Academy campus. Glen served as the National Director of AoPS Academy until his retirement in 2019. He has experience as a college math professor, statistician, and expert SAS programmer. He has been a professional math tutor for many years, and specializes in training academically-advanced and high-performing math students. Glen is a graduate of Duke University and holds a graduate degree in statistics from Boston University.

Dave joined AoPS in 2004. He is the author or a co-author of 4 AoPS textbooks. Dave earned the sole perfect score on the American High School Mathematics Examination (AHSME) in 1988 and was a USA Mathematical Olympiad winner that year. He attended the Research Science Institute (RSI) in 1987, and the Math Olympiad Summer Program in 1988, where he first met fellow student Richard Rusczyk. He also finished in the top 10 on the Putnam exam in 1991. Dave graduated from Carnegie Mellon in 1992 with a BS in Mathematics/Computer Science and an MS in Mathematics. He went on to earn his Ph.D. in mathematics from MIT in 1997. He was an acting Assistant Professor at the University of Washington from 1997 to 2001. Dave is originally from Western New York and is an alumnus of the SUNY Buffalo Gifted Math Program. 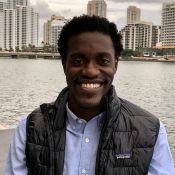 Chris is the Campus Director for AoPS Academy Fremont. He has a passion for increasing and diversifying the pipeline of students who call mathematics and science their favorite subjects. Chris received his BS in chemical engineering from Stanford University and MBA in quantitative finance from New York University. In the last decade, he has led math enrichment programs with elementary, middle and high school students in Philadelphia, New Brunswick, and Miami. Chris loves exploring challenging math with young learners because it equips them with the skills and mindsets of lifelong learners. Before joining AoPS and returning to the Bay Area, Chris spent time as a biologics engineer and master problem solving teacher/coach. When he is not teaching math, Chris enjoys listening to all types of music and is an avid soccer fan. 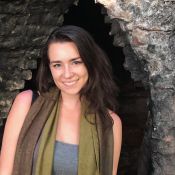 Ellen is an Associate Director at AoPS Academy Fremont. She grew up in a mathematical family, where she was introduced to AoPS textbooks at a young age, and spent her school years competing in and training her fellow students for contests like MATHCOUNTS and the AMCs. Ellen earned her BS in applied math from UC Berkeley and has taught at math circles in the Bay Area and beyond. Her passion for working with young learners also drove her to conduct research in mathematical cognition, focusing on how to help students understand fractions. When Ellen isn't teaching, she loves comedy, live music, and traveling the world. 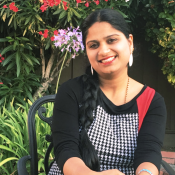 Sampada is the Bay Area Outreach Manager. She was one of the first few employees who joined AoPS Academy in 2014 in Morrisville, North Carolina and holds a Bachelors in Computer Science from Bangalore University, India. She served on the Executive Boards of many non-profit organizations such as Pratham USA (NC-Chapter), North South Foundation in NC, Sampige Association in NC, etc. She has three wonderful kids who are big AoPS fans/students and moved to the Bay Area in July 2017. She is currently managing outreach & sales for the Bay Area campuses. She loves to read, travel and spend time with the family. 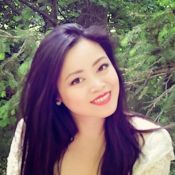 Casey Dzuong has taught all levels of math, from kindergarten to high school. She loves helping her students dissect math problems and develop the abstract-thinking skills to face complex challenges! Casey’s book Study Hacks contains many of these problem-solving strategies. She holds a BS in chemistry and biology from the University of California, Irvine, and completed her medical school coursework at Drexel University’s College of Medicine. 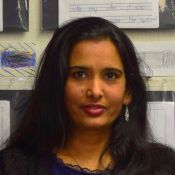 Swarna is passionate about teaching and loves helping young learners discover the joy of math. She focuses on helping her students learn to think analytically by developing problem-solving skills. Swarna has also helped many of her students succeed in math competitions. She holds a Bachelor’s in electronics and telecommunications from India’s Jawaharlal Nehru Technological University. Outside the classroom, Swarna loves going on road trips and watching movies and she's also very good at decorating for parties. 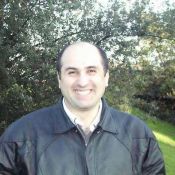 Eugene has been teaching for over 20 years and loves working with gifted students in math and physics. He holds an MS in applied mechanics from Moscow Civil Engineering Institute as well as an MS in applied math from San Jose State University. Eugene teaches math at the College of San Mateo and is passionate about helping his students understand concepts and gain problem-solving skills. Outside the classroom, he enjoys listening to math and physics lectures, reading about world history, and ice skating. 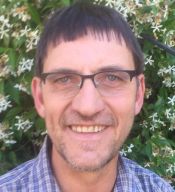 Andreas has three decades of experience helping students sharpen their mathematical reasoning skills from middle school through college. He loves helping learners explore creative solutions to challenging problems is especially proud that several of his students have gone on to attend Ivy League schools and other top institutions. Andreas holds an MS in algebraic geometry from Germany’s Karlsruhe Institute of Technology and an interdisciplinary PhD blending math, computer science, and physics from the University of Munich. He has taught and conducted research in Europe as well as in California. In his spare time, Andreas enjoys hiking in the beautiful outdoors. 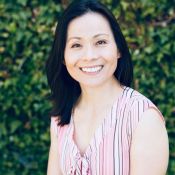 Language arts instructor Vylinh believes in helping her students explore their life stories and develop their voices. A long-standing Fremont resident, she is a graduate of Horner Middle School, Irvington Highschool, and Stanford University, where she earned a BA and an MA in English literature. Vylinh teaches speech, debate, and English literature to middle and high school students at Oakland’s Head-Royce school. She has also played and coached volleyball for a couple of decades. In her spare time, Vylinh enjoys juggling, ballroom dancing, and binge-watching shows like “The Office” and “Stranger Things.” 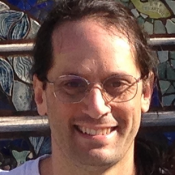 Math instructor Joshua Zucker first joined Art of Problem Solving as an online instructor in 2007. He was a member of the first US Physics Olympiad team, a top-10 scorer on the Putnam Competition, and a member of Team USA at the World Sudoku Championships. Joshua holds a BS in physics and an MS in mathematics from Stanford, as well as an MS in astrophysics from UC Berkeley. He has taught math to gifted elementary students as well as remedial courses at community college. A former problem writer for MATHCOUNTS and director of the Bay Area Mathematical Olympiad, Joshua also was the founding director of the Julia Robinson Mathematics Festival.

"AoPS Academy is such a valuable resource for my two daughters and our family.  We kept hitting brick walls with our former school and the Director of AoPS Academy was the first person to honestly explain to us options and provide us with information so that we could make informed decisions about their education.  For that we are forever grateful and trust him beyond measure. AoPS Academy is far more than just an after-school academic training center. They have gone above and beyond to help our children's talents develop into their full potential.  Art of Problem Solving Academy will continue to be a key part of our long-term education plan.  The results have been amazing! They are truly my children’s first school, even though they are an after-school program!"
-Wendy D.
Invalid username

Don't have an account? Parents/guardians create accounts
during the admissions process.